Beginnings and goodbyes are the worst, the most awkward, ach. Sooo my first month in Limoges has been more or less good, or even great, considering Limoges and all. Limoges is kind lost in the middle of France. I'm going to profile this city. There has been a lot that has irritated and bothered and astonished and shocked and disturbed me. And even that has left me awe-struck, but in a good way.

So there it is. First impressions of Limoges: small, different architecture than Dijon, there are a lot of old people here, there are more black people than I have even seen in France, wow there are a lot of handicapped people, they go on strike a lot, this bus system kind of sucks, jeez there really ARE a lot of handicapped people here. This is already kind of funny because we all know how so many old people feel about the dark-skinned. And then, there is a verb in French "limoger," born during World War II when the government would send all of its incapable generals to Limoges, far from the battle fronts, where they couldn't do any harm... so I am wondering if that's what French people do with their handicapped? Because they really are abundant here... mentally, physically, from birth, from accidents... deformed, amputated and prosthetic limbs, limps, blind, dwarfed, mentally retarded... and very very old.

Limoges has a much more left-wing, socialist and even communist population, thus its even more frequent strikes opposing this and that... recently it's the retirement reform; the government is pushing back the age from 60 to 62. There are some revisions to be made. Being very left-wing, I am going to foolishly assume, has also caused its serious disorganization and over-complexity, in everything simple and meaningful.


I miss better shopping, so far an enormous portion of the shops here are for old women.


Our apartment is cold; right under the roof beams; when it rains, the sound fills your ears at an enormous volume; we sleep on a bigger, room-sized version of the wooden loft thing that I slept on at Dad's when I had a room there. It's very quiet when it doesn't rain. On Sunday almost nothing in Limoges moves.


And on a more positive note, I was shocked that anything so beautiful actually existed in Limoges, the main train station benedictin.

Like, how majestic. I thought things this pretty almost only existed in tourist locations, and in hidden treasure locations, and on typical postcards.


And then after... I have started classes, I am taking Translation and Russian in addition to my French classes, Translation is very British so I don't contribute much, but I am learning a lot in my own way, by translating everything to a more American English, and Russian has started out quite difficult. I am excited. зто стул. Look at my progress.

This time around, it was much harder to leave family and friends to come here. For many fuzzy reasons. 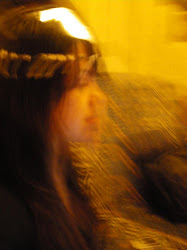